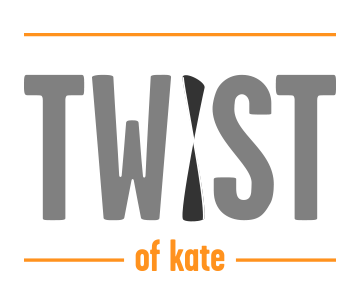 In the interest of adhering to protocol, my resume remains a single-page affair. However, there are many roles and activities I have fulfilled that are not covered by the title of Graphic Designer and that, if included in my CV, would make it rather longer than tradition dictates. Following are some more details about my recent work that fall outside of the confines of my job description.

The Keeper of the Brown-Forman Brand

As part of my work in producing Brown-Forman brand advertising, I have become the keeper (and sometimes enforcer) of the Brown-Forman brand standards. Brown-Forman is large enough that the name and logo appear on materials both internal and external that are produced by professionals and amateurs alike.

When I first took on this responsibility, there were literally hundreds of different logos representing different areas, events and departments within Brown-Forman that had no discernable relation to the Brown-Forman brand. People employed photos of globes, clip art of stick figures, stock images of young people drinking adult beverages to identify their areas of business with little regard for overall corporate branding. These faux pas were made with the best intentions, but with the result that our corporate identity was, internally at least, a jumbled mess.

To address this problem, I crafted a logo policy and accompanying documentation detailing the guidelines that included clear definitions of approved logo graphics in addition to how to file an appeal for a custom logo. The end result is that we are, slowly, replacing the hotchpotch of logo styles with a clean and consistently branded corporate logo set. In presenting people with the restrictions to their logo designs, I have also offered the idea of expressing the individuality of their departments and events through secondary graphics which has taken some of the sting away from logo constraints.

Respect of a corporate logo and branding is so important in the wider world, but proper protection of brand assets begins at home. Once people began to get a better sense of the necessity of brand protection internally, materials that are released to the public have begun to have a more refined and consistent presence.

When I was asked to be an employee representative on this committee I jumped at the chance. The Browns are an overwhelmingly lovely bunch. Having the opportunity to help with communications between the family, company, shareholders, board of directors and employees was an honor too good to pass up! In this role I have developed a logo, color palette and color-coded communications strategy, and various materials, including a newsletter, children’s activity book and iPad icons for a custom application. All of these efforts are part of the crafting of a overarching communications strategy which is still in the works, but on which we are making much progress.

About six years ago, the VP of Community Relations approached me to help develop advertising that was more engaging than the materials Brown-Forman had executed in the past. After some brainstorming, I came up with the slogan “The Spirit of Community.” Like many word-lovers, I feel the ability to employ double-entendre is a cause for celebration. Luckily, the VP is also a fan of word smithing and gave the green light. Years later and “The Spirit of Community” campaign is still going strong. Sometimes it appears as “The Spirit of Kentucky,” “The Spirit of Conservation,” etc., instead. We are very pleased at the positive response we have had to using program ad space to talk about the groups we are supporting, to give an indication why we support them, instead of simply promoting ourselves in this space. This approach is more reflective of Brown-Forman’s feelings of community support than would be a more self-congratulatory style.

When I began to work at Brown-Forman I had no idea just how much community support they offer. Now that I do know, I am so happy to let others know more about the Brown-Forman philosophy of giving and giving back. Without being gauche and shouting about it.

During my time at Brown-Forman, I have had the opportunity to write copy for various products including, Chambord, Woodford Reserve, Jack Daniel’s, Gentleman Jack and Old Forester to name a few. Some of these were published and some were not, but my favorite snippets from both, accepted and rejected, follow.

OK. I mentioned this on my resume, but I am really quite proud of this and will unashamedly (or only slightly shamedly) mention it again.